A refreshing drink to try this spring, Banana Milk Shake Smoothie with a Speculoos twist, don’t worry because it’s easy to make. Follow recipe below. 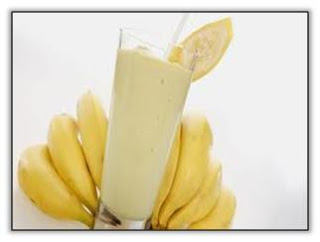 INGREDIENTS
INSTRUCTIONS
For a thicker milkshake, cut the banana into thin slices and freeze until firm. When blending with Speculoos Spread, scrape down sides of blender several times until banana and spread are well blended and very thick. Increase milk to 1/2 cup or more until you finally get your desired consistency.
Enjoy!
Posted by Speculoos Spread at 6:34 PM 1 comment:

Preheat the oven to 350°F.
Making cookie dough:
In a small mixing bowl, beat the egg with 2 tablespoons of granulated sugar for about 5-6 minutes. You'll get a pale, yellow foam and the texture of the egg will be thicker. Add the spices and molasses.
In another mixing bowl, cream 8 tablespoons butter with the brown sugar (whisk using a stand-mixer to get as much air as possible into the butter). Add the egg mixture, the dry ingredients (flour, baking soda and salt), the almonds and candied ginger. Mix until the cookie dough is formed. Do NOT over-mix. Transfer the dough into a bowl. Plastic wrap it and chill the dough in the refrigerator until firm. It will take at least 15-20 minutes to firm up.
Making cookie tartlets:
Line 6 non-stick mini-cake pans (see tips) with squares of parchment paper. Place 3 cookie scoops of the chilled cookie dough into each prepared cake mold. Flour your fingers before touching the cookie dough and gently press into the bottom and sides of the cake pan. Prick the dough with a fork.
You'll have a little left-over cookie dough. Simply bake the cookie dough along with the other cake pans and use it as garnish.
Bake for about 12-13 minutes. Remove from the oven and press the center of the cookie using a smaller-sized cake pan (see tips). Let them cool down completely to room temperature before unmolding. They will harden and get firm as they cool down.
Crush the left-over cookie into a coarse texture. Set aside.
For the speculoos filling:
Using a hand-held mixer, whip the mascarpone to soften it. Add the condensed milk  and beat until the texture is smooth and creamy. Divide the filling into 2 bowls. Add the speculoos spread into one bowl and stir well. Using a silicone spatula, gently fold (once or twice) the speculoos mixture into the other bowl. You want to create a marbling design.
Assembly time:
Spoon 3 tablespoons filling in each cookie tartlet. Let the filling set in the refrigerator.
When you're ready to serve, sprinkle the crushed cookie over the filling.
Posted by Speculoos Spread at 4:07 AM No comments: 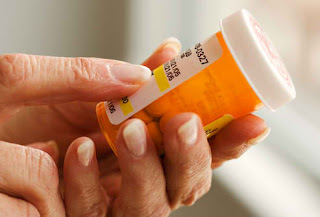 Making your body healthy is a tough job but. Every year, millions of people use over-the-counter (OTC) products to relieve nasal stuffiness and congestion, sneezing, runny noses, sore throat, and cough. The common causes of these symptoms include the viruses that cause the common cold, influenza virus, allergic rhinitis (hay fever), and sinus infections (sinusitis). Viral infections can also cause headache, body aches, fatigue, and sometimes fever. Hay fever symptoms can also include itchy eyes, nose, and throat, and watery eyes. To prevent these diseases we should regularly wash our hands and of course take the right medicine for us.
Here are some facts about over the counter medicine that you should know:
NOTE: This is not a medical advice, Please see your doctor before taking any Over the Counter Medication.
Reference: http://www.medicinenet.com/cold_flu_allergy/article.htm
Posted by Speculoos Spread at 6:35 PM 1 comment: